Once upon a time, it is said that there was a bloodthirsty dragon who lived in a cavern in the gloomy Gottéron Gorge and who could only be vanquished with God’s help. Today the dragon’s only role is in a medieval legend, but it reminds us how dangerous this rugged landscape can be in snow, ice and floods. It should also serve as a warning to opponents of Fribourg Ice Hockey Club, and explains why the club has adopted the dragon as its mascot. It is also the reason why bfik architects designed a dragon skin made of silver metallic ALUCOBOND® tray panels for the new HC Fribourg Gottéron ice hockey stadium. Combined with an exposed concrete structure, the result is architecture with an ancient appearance; the actual building process, however, has required modern techniques, especially due to the façade design. 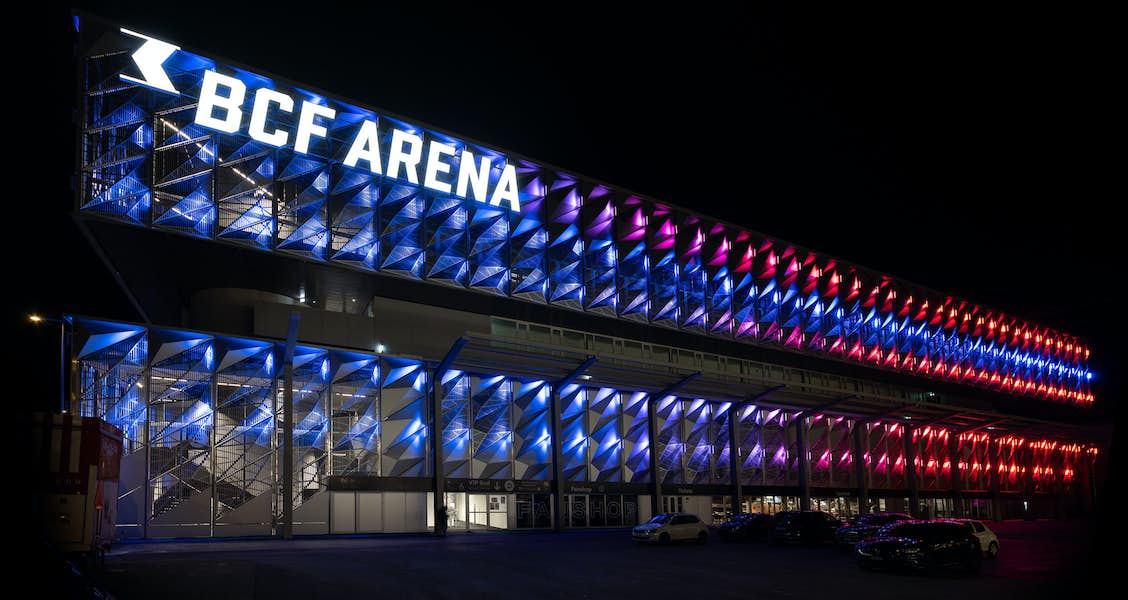 This envelope consists of numerous three- and four-sided aluminium pyramids. The pyramid shape offers both visual as well as structural benefits, creating a three-dimensional surface. This outer shell looks like a dragon’s scaly skin due to the small individual elements and the light refracting on their sloping surfaces. ALUCOBOND® qualities are ideal for the façade design as the tray panels can be folded in sharply on several sides and their sloping, rigid sides form a very stable and lightweight individual element. Installing these elements next to each other on a flat substructure is easy. In order to allow more light into the interior and, in addition, to make the facade even more exciting, the architects planned to perforate some of the elements. Using prototypes, they undertook research to find out the best shape and how close together to set the cut-outs in order to capture the maximum amount of daylight and ensure a high enough level of rigidity. As a result some of the tray panels now have elongated slots which, like folds in the mythical creature's skin, add vitality to the exterior surfaces; in the interior, they conjure up a shadowy, tangled forest scene. During daylight hours, when the stadium is bathed in a silver-monochrome chiaroscuro, the mystical impact of the architecture can only be seen in the mind’s eye. The drama begins when night falls. The scaly skin is illuminated by thousands of LED lights, the game begins and the dragon is in its lair. 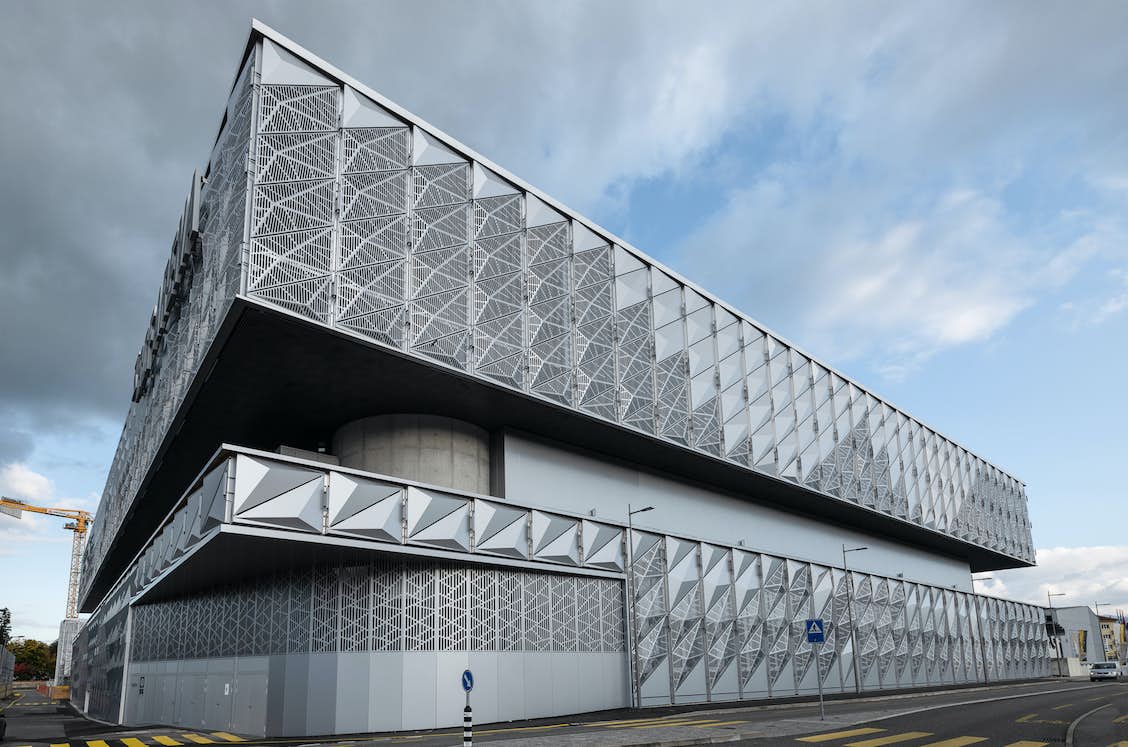 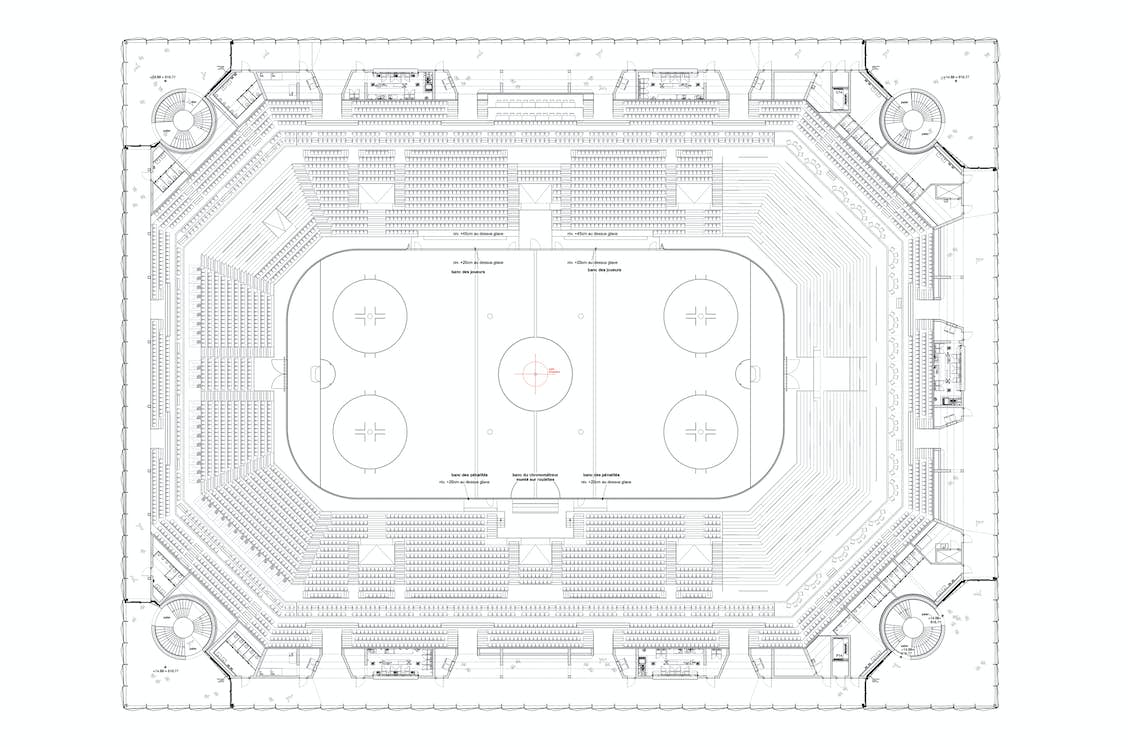 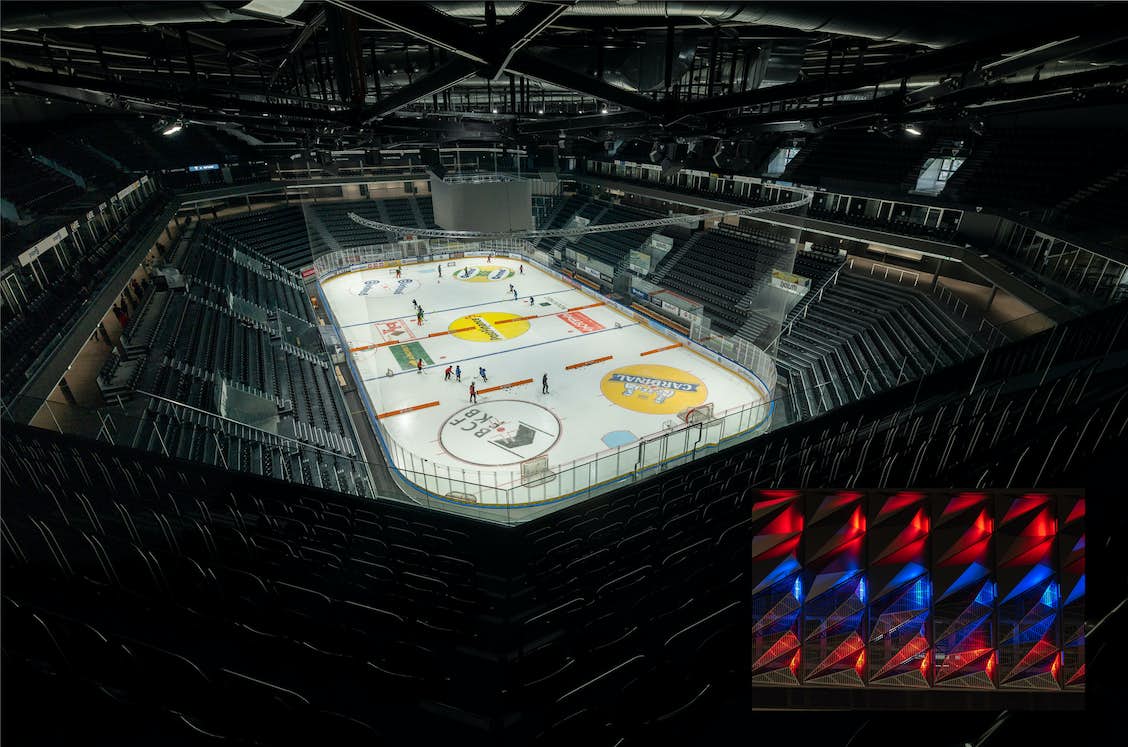