As the name suggests, “The Sign” office buildings in southern Milan by Progetto CMR architects is a sign of the times. Milan has been in the process of transforming from a manufacturing centre to an IT location for more than twenty years. In the once industrial city, production is increasingly virtual and digital rather than tangible or material. Today, the majority of Italian network traffic flows through Milan, Italy's most important Internet hub. In the Barona district, in the vicinity of several universities and just a few minutes by car from one of the most important data centers, a mixed-use district is being built where an old factory used to stand. This site is primarily but not exclusively for the IT industry. The “The Sign” project consists of four buildings providing a total floor area of about 40,000 m². 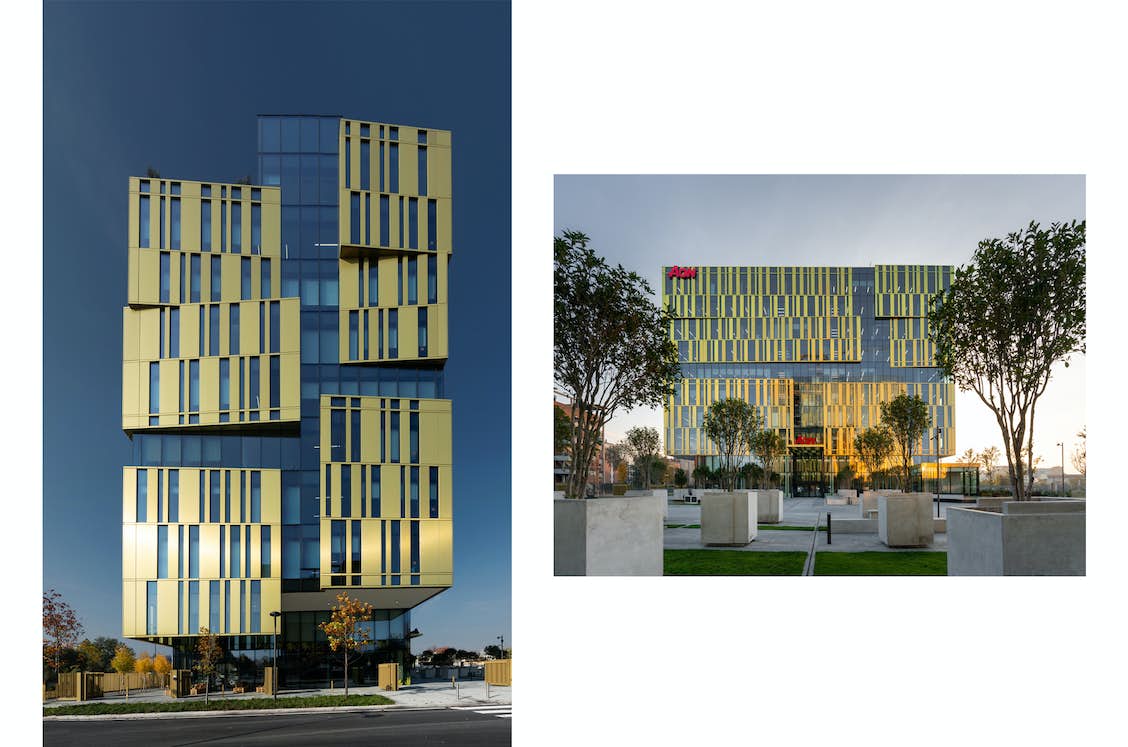 Three buildings have already been completed. Their façades could not be more in tune with digital data transfer: wrapped around each storey, there is a sequence of glass windows and opaque surfaces in ALUCOBOND® PLUS naturAL Gold. These two elements are lined up, compactly spaced but in irregular intervals, apparently repeating the same pattern. Indeed, apparently is the apt term because the alternating glass and ALUCOBOND® surfaces feature different breadths and sequences. This means there is an individual bar code for each floor, with details differing from the one above and below it. The overall design of the building complex, like the global sea of data, is binary. One or zero, glass or gold elements, which are repeated yet reconfigured. In the spirit of our global Internet’s connectivity, a network of glass interfaces also unites the buildings with one another, creating links between their counterparts and interrupting the façade sequencing. So the glazed elements do more than only stretch across each and every building and structure the façade.

On the ground floor lay out, they also trace the access points and walkways between the buildings, as light lines on the floor, across generously cantilevered canopies and throughout the entire exterior outdoor design. The complex is set in a green-urban context and connected via squares, parks and paths with the nearby university buildings and with the neighbourhood. That is, in fact, the actual intention behind converting this industrial wasteland: upgrading Barona, where a number of prefabricated concrete slab blocks were built in 1950s and 1960s to house factory workers who had moved from southern Italy. With industry relocating to other countries, Barona needs new perspectives. Education and digitization, as well as sustainable buildings - “The Sign” hopes for LEED Gold certification - and a green urban space should ensure the district has a bright, golden future. “The Sign” is the visual symbol and a sign of things to come. 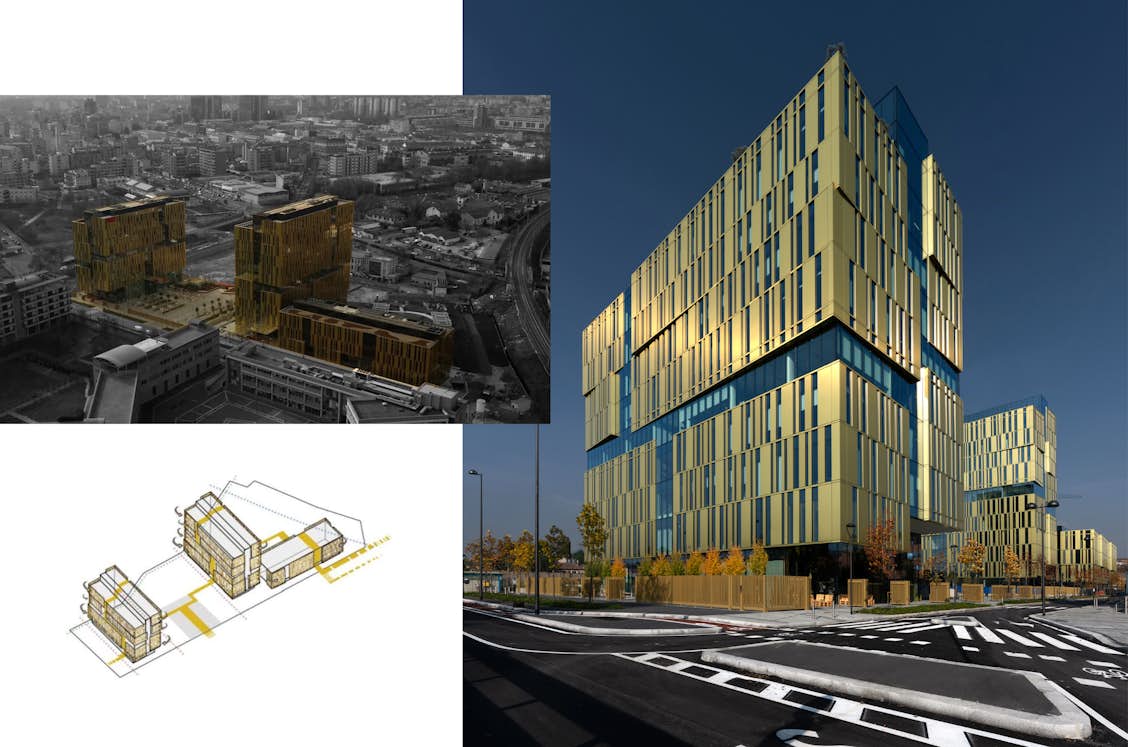